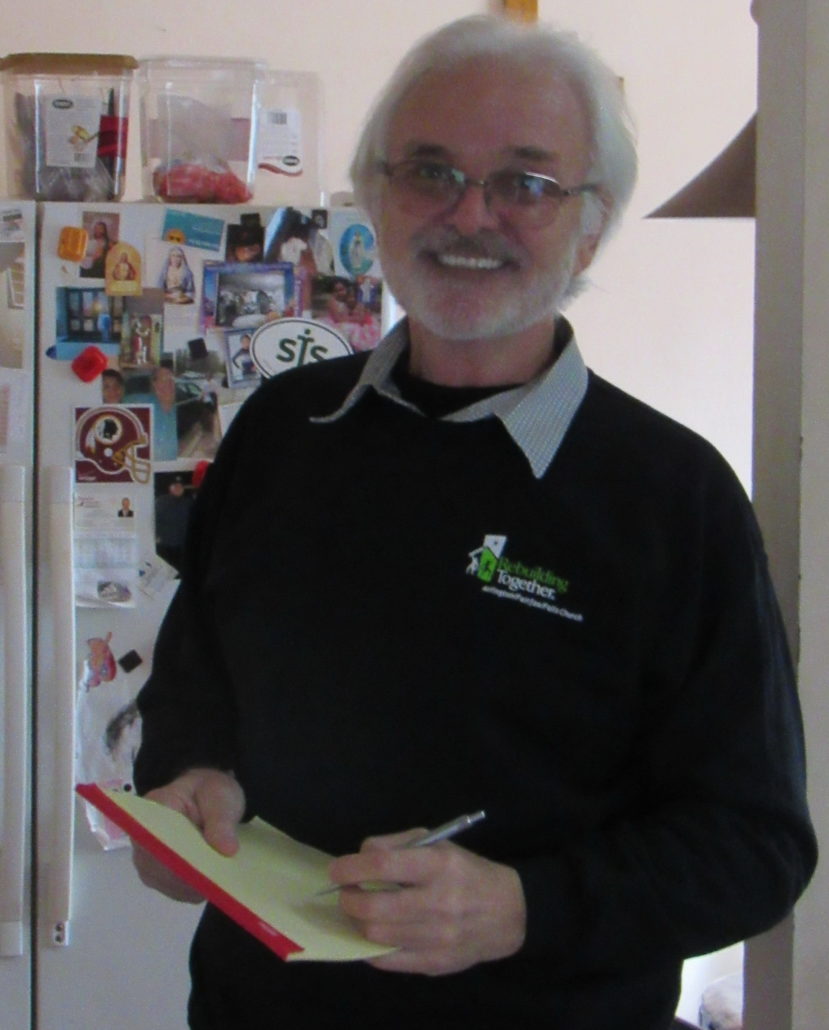 Jon Armstrong joined our staff in January as Director of Programs. Born in Canada, Jon spent the first half of his career in Toronto in the construction industry. In 1993 he moved his family, including two small children, to Costa Rica to pursue his passion for construction in the growing tropical market. Over the course of 24 years Jon built 75 homes around San Jose, Costa Rica. He employed a diverse workforce of 60 including carpenters, electricians, plumbers, masons and painters, and oversaw the work of subcontractors. In 2017 his wife’s company relocated them to Arlington so Jon closed his business. As a retiree he enjoyed getting to know Arlington, remodeled his new home and re-learned how to live in four seasons.

Fortunately, RT-AFF Board Member Allen Schirmer met Jon during the Arlington Home and Garden Show and eagerly recruited him to volunteer. Jon worked on several projects with our year-round volunteers including building ramps, replacing a sliding glass door and installing a stair lift. When Jon learned that the Director of Programs position was open he re-evaluated how he was spending his time in Arlington and applied for the position. “I was a workaholic and enjoyed running my company and building homes for executives and business owners in Costa Rica,” he said. “I served on community boards of directors but I never had a hands-on role in a non-profit. I’m looking forward to giving back.”

“Jon has an incredible background in residential development and project management,” remarked Patti Klein, Executive Director. “We saw his passion and drive to do great work while he was a volunteer and that made a big impact on our hiring decision.”

Jon jumped right in and is feeling at home. He’s been working with staff to learn our processes, meeting with homeowners to assess homes and understand the needs in our community and gearing up for National Rebuilding Day. “I’m looking forward to meeting all of our House Captains and key volunteers and learning from everyone,” stated Jon. We hope that each one of you gets a chance to meet Jon soon and tell him about your experiences helping our neighbors live in safe and healthy homes.

USAA Grant Funds Deep Repairs for a Veteran in Alexandria