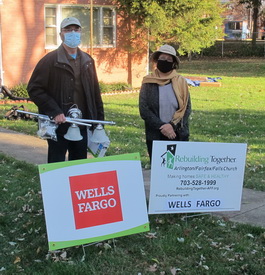 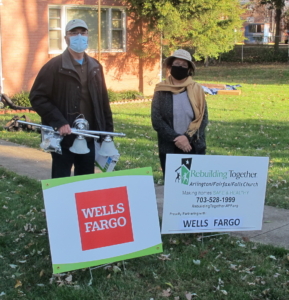 Replacing a roof is expensive and not part of our regular scope of work, so when RT-AFF received Mrs. T’s application we weren’t sure we could help her. Thanks to a grant from The Wells Fargo Foundation, a national partner of Rebuilding Together, we were able to make this critical home repair that allows her to live safely in her home of 24 years.

“I will always be very grateful for everything you did for me. I want to express my gratitude to Wells Fargo, Mr. Don, Mr. Jon and all of the angel volunteers who fixed my house and made it safe,” exclaimed Mrs. T.

Mrs. T learned about RT-AFF when she opened her Fairfax County Real Estate Tax Waiver mailing and found a flyer describing our program. It was very difficult for her to ask for help because she took pride in her independence, but her roof was leaking in many places and her kitchen ceiling had collapsed.

Mrs. T and her husband owned a successful restaurant in their home country. After immigrating to the U.S. to find safety and new opportunities for their teenaged children, they worked for a catering company, received security clearance, and served at many events for government agencies and at the White House. Their son served in the U.S. Air Force and completed four tours of duty in Iraq. He also ran for office in county government. When Mr. T became ill and had to stop working the children shifted their lives to be nearby to help their parents.

Living on one income was difficult and when the roof started leaking Mrs. T placed buckets around the house to catch the water. After Mr. T passed away the close-knit family continued to help as best they could. But the buckets catching rain were multiplying and during one storm the kitchen ceiling became so waterlogged it came tumbling down. Then the pandemic hit and Mrs. T lost her catering job. Every storm caused new worries that the roof wouldn’t hold, especially when the wind howled. She was desperate for help.

The Wells Fargo Foundation grant allowed Rebuilding Together – AFF to hire a contractor to replace Mrs. T’s roof. After the roof was replaced and the house was water-tight, RT-AFF volunteers repaired the kitchen ceiling, installed a donated dishwasher, added grab bars, railings and new lighting and made many other repairs that resolved 13 Health and Safety Priorities. Now that Mrs. T’s home meets all 25 Rebuilding Together Health and Safety Priorities she feels safe and sound and looks forward to living there for many more years. 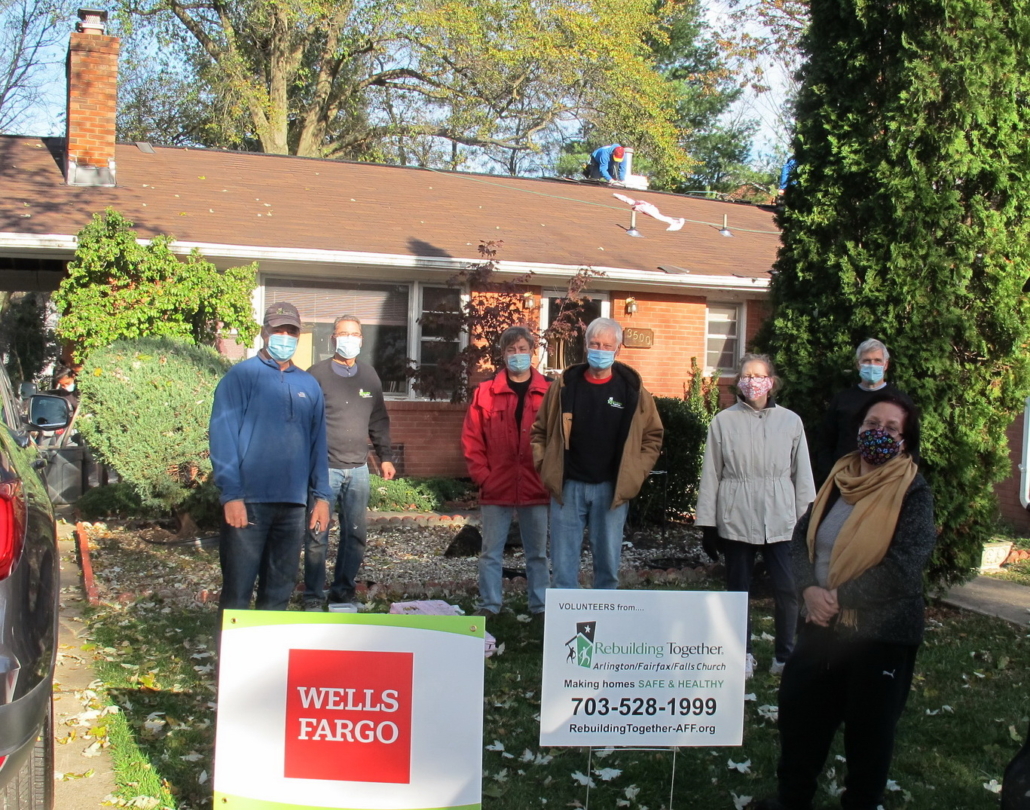 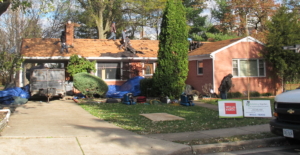 We have a lot more photos from this project and others on our Flickr albums.

Behind the Scenes with Lou Wood – RT-AFF Stair Lift Expert